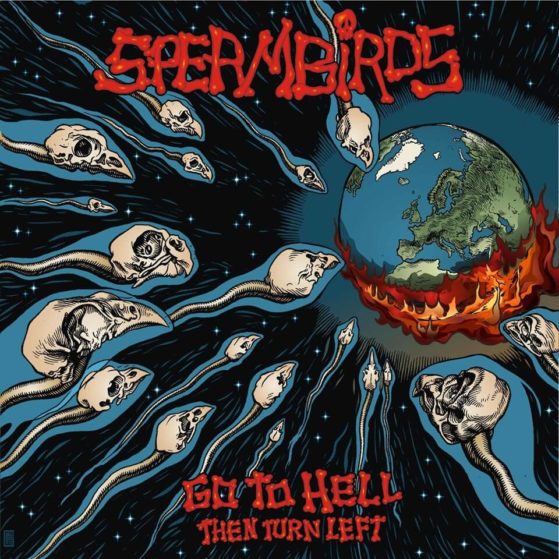 Go To Hell Then Turn Left

In early 2019 the Spermbirds returned to the studio to record their ninth studio album “Go To Hell Then Turn Left”, which will be out in September on Rookie Records/Boss Tuneage.
13 new songs recorded at Paul Lincke Studio by Alex Ott, mixed and produced by Steve Wiles at Geezer’s Palace and mastered by Andi Jung in Berlin. Cover illustration by Glenn Smith / Glenno Art, artwork layout by Immi. The first single “Go To Hell Then Turn Left” leaves a first statement of intent, fast and melodic, with Lee Hollis’ legendary tongue-in-cheek lyrics.